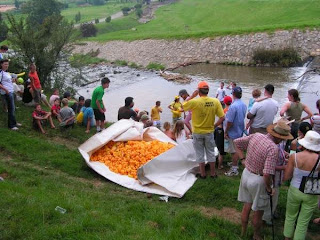 Today was the annual Duck derby at the Modderfontein dam hosted by the Edenvale Rotary club. I have heard of it before, but this was the first time that went to the event. You buy a number, and it is then allocated to a cute little yellow duck. The ducks are then released, and a race between the 1000+ ducks ensues down the river.

We got there quite early and walked around looking at the various kiosks, and also bought something to eat.

At 13H30 it was time for the duck derby. Lots of people and kids were standing along the river b 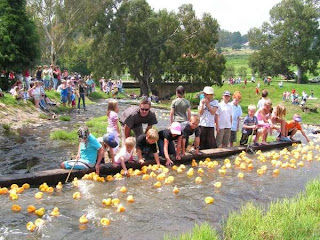 ack, help the ducks that get stuck along. 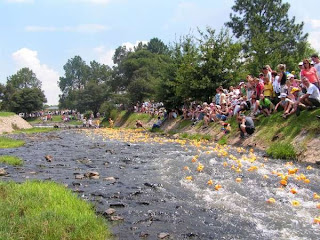 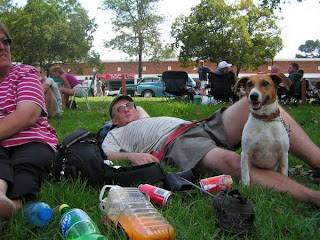 Great fun was had by all, and we even took Bobbie (our Jack Russel) with. He loved getting out of the garden, and lots of kids wanted to stoke him. However if there were other dogs close by he started to bark, and at one point it got a little to much. I think he also thoroughly enjoyed the the outing with us.

In the morning I also quickly went past "Lightning Strike" which is a geocache about 150 meters from the event. From the log book it seems it was our 37th cache we did. We are currently on 139, and thus almost 100 caches ago that we were here last. We swapped a Kudu or Rhino head for a small compass.
Posted by AntonD69 at 4:03 PM