The next Raspberry pi session was set for Sunday the 18th of May.

We started a bit late but still got a few things done.
We basically completed two tasks.

I had read that the Sony Eye toy camera works on the Raspberry Pi, so I found the kids PS2 and removed the dusty old usb camera. Search a few sources online and found out it was quit simple to get a compatible usb camera to work with the Raspberry Pi.

Basically I just had to do a :

Then go and edit the config file in /etc/motion/motion.conf

At the time I did not make a backup of the motion.conf file and it was a pain to undo the mess I made in the file. So from now on I will always make a backup of config files before I play with them.

I used this web site for most of the motion stuff we did:
http://pingbin.com/2012/12/raspberry-pi-web-cam-server-motion

As it turns out this eyetoy no longer works with the update Raspbeian I am running.
Got hold of my wife's usb camera and tried that no luck either.
I then dug out an old usb camera from a cardboard box in the back of my cupboard and would you believe it it worked!

Doing a motion -n I captured a few frames and they were dropped in the /tmp/motion directory (after I created it).

We did the sane to Clive's Pi, and it worked there as well.

As a next task I plan is to focus the usb camera at my pond outside the window and tweet a picture every hour or if it is light. 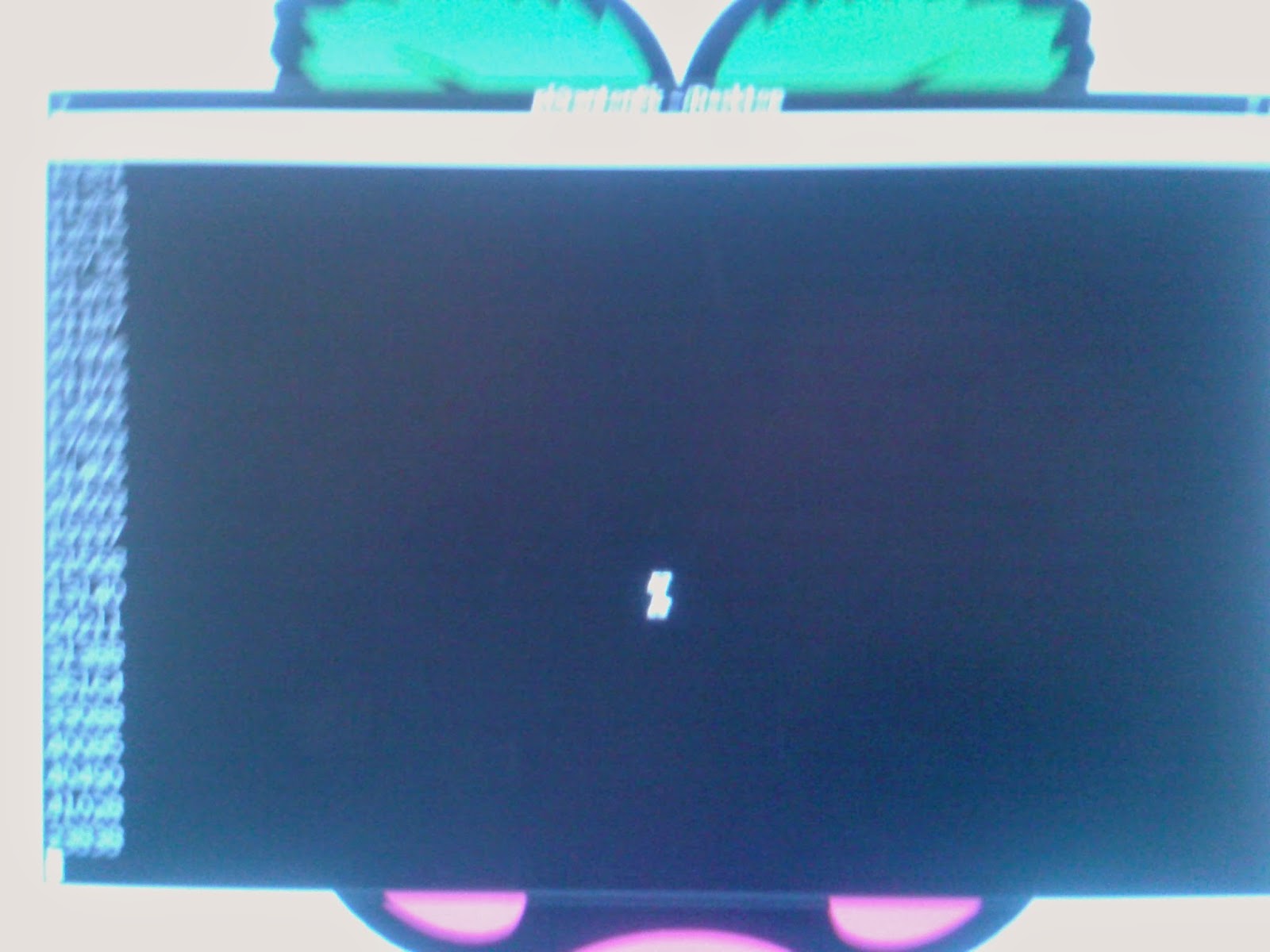 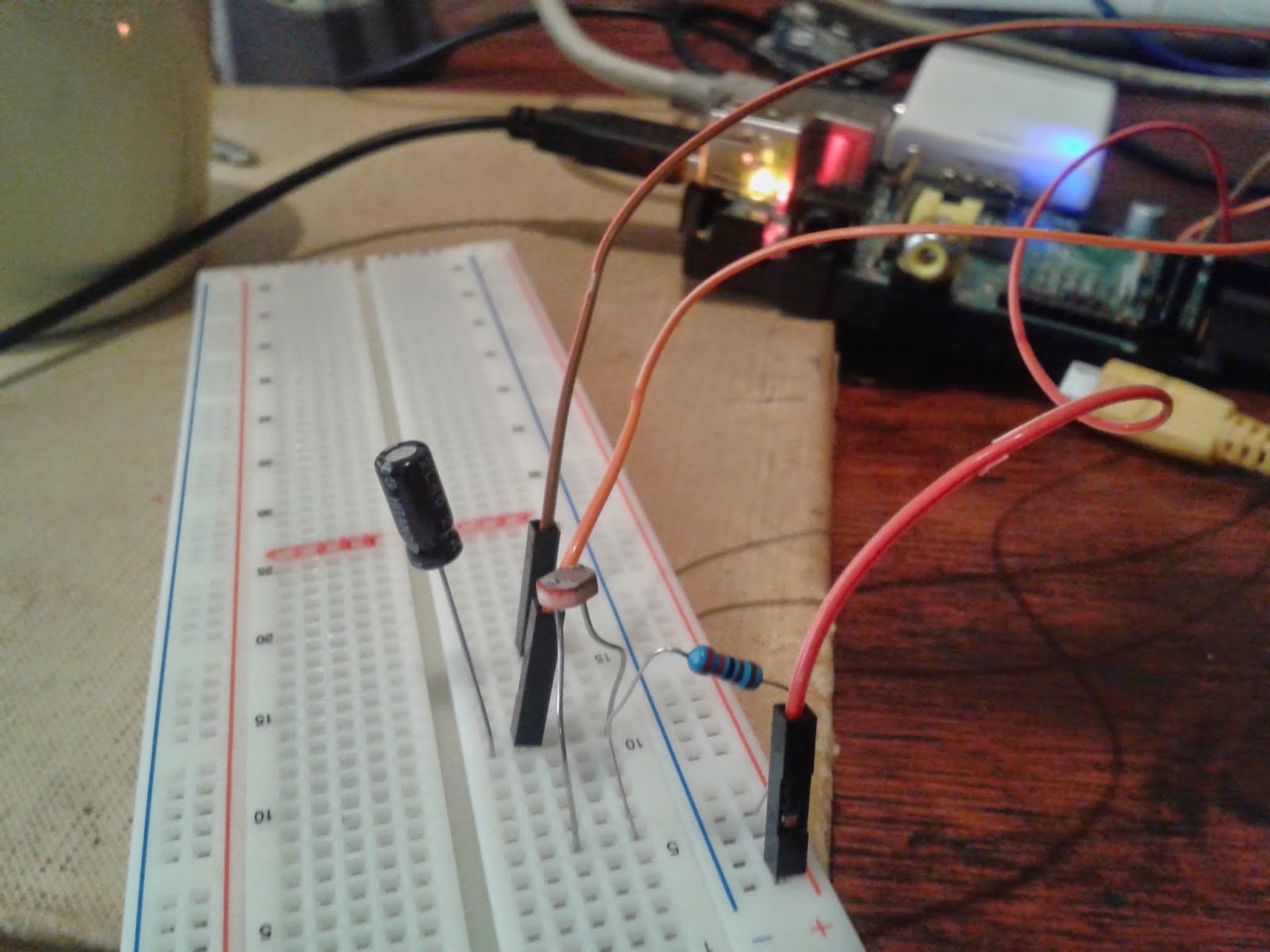 Quite some time ago I got a blue case with a lot of electronic components in a small draw from someone at work. The week before I went through the draw and and came across a LDR
Also since then I went to this robotics web site and bought a bunch of small components for a few Rand. Not to much.

I waweb page that showed how to use the LDR with another resistor and a capacitor to read in a time delay value. I found this ingenious!
s wondering how I could use this LDR on the pi to read how light or dark it was. Doing some searching I came across this

I built the circuit and entered the program and ran it. I got very high values. I think this is due to the LDR being quite big, and the capacitor being 10 uf rather than 1 uf.

When Clive arrived we went through the box of goodies I bought the the robotics store and there were some tiny little LDRs. We rebuilt the circuit using it and got much smaller values from the running program.

All in all we only spent about 3 hours playing with the raspberry pis, but again learnt a little bit.

I read this article on /. (slashdot) about Anonymous where they created AirChat which is a set of software components that one can use when all internet traffic comes to a stand still in war torn countries and of course other scenarios.

This got me thinking if it is possible with my limited knowledge of Linux to build a chat application between two RPis using FM transmitters. The idea is to use a soundmodem  to transmit data via from the PI be received by a plain old FM radio on the other side. Get the sound back into the Pi (perhaps via a cheap usb soundcard) and decode the message.
I think it would be cool as a RPi project to get two RPIs to chat to one another over some distance without using current infrastructure such as WiFi, or LAN.

I'll toy with the idea and see if I can hack something together.

I wonder if an advanced Linux hacker / programmer could get a LAN Card driver to work using Soundmodem and FM radios.